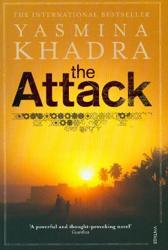 Tel Aviv. A suicide bomber has killed 19 in a packed city centre restaurant. Dr Amin Jaafie, an Israeli Arab, is a surgeon at a nearby hospital. Respected and admired by his colleagues, the doctor represents integration at its most successful. But this night of turmoil and death takes a horrifyingly personal turn as his beloved wife's body is found among the dead... could she have caused the devestation? From the graphic, shocking description of the bombing that opens the novel to its searing conclusion, The Attack portrays the reality of terrorism and its costs. Intense and humane, thoughtful, sensitive and heartfelt, it displays a profound understanding of that which can seem incomprehensible.